Hi, this is the story of  THE HADRON EFFECT.

I’d always had a dream of, and harboured an ambition to, create a real first person shooter (FPS) PC computer game. I’ve been playing them for years but I’ve never got around to fulfilling the ambition. Why? Well its not easy from a perspective of time, no one has enough of that do they? Money, well same applies there, just look on Kickstarter.com for an idea of the funding levels required for a really top class game, $100,000 plus and some into the millions.

So I decided to see just how good a game you can actually create just on your own with a reasonably low hobby budget plus time, lots of time and effort, this was an extremely ambitious effort for a team of one.

Firstly which game engine? In the original EP1 I opted for Unity because I’d learnt it and Unity had another great attraction and thats the amount of game assets available. I’m not a graphic artist i’m a programmer, and the budget didn’t allow for employing one. So I mostly used assets available from other developers, but hey, the creators that sell their assets create them for people like me to purchase to create into games, so I was helping them to help me, that is after all why asset stores exist.

So the scene was set, I started the long job of creating all the levels and game play and story line. Along the way I discovered just how hard this can be especially just in your spare time, but at the same time I learnt so, so much about a lot of game development topics.

In 2017 I discovered Microsoft’s (TM) Dream, Build, Play competition and used it as an incentive to get finished. Part of entering was to use a Microsoft Cloud technology within your game, so another steep learning curve – ‘Azure’ (TM). I used Azure to great effect to build a back end which stored your game progress in the cloud. This meant you could install it on any Windows(TM) machine, login and carry on, same level, same ammo, health etc. I entered the competition and through my determined efforts to get it done I became a finalist! You can download the original game for free here The Hadron Effect bare in mind its a little out dated now and I’ve come along way from there, but it does stand as a milestone in my development.

Why the THE HADRON EFFECT ?

Well, I wanted to create a game that had elements and themes and subtle links from my favourite games and Sci-fi films.

The Hadron Effect is in the Half-Life(TM) Genre, as such it not only involves shooting but places you in an immersive world where you need to solve puzzles, complete tasks and find the right route through the levels. The story :-. You are a scientist at CERN working on the LHC, (Large Hadron Collider) follow the link if you have never heard of it as the plot will make more sense if you do. So you are working at the LHC and the power is steadily ramped up until one day at work something goes wrong. At full power, the LHC creates a link, tunnel, worm hole call it what you like to another world and in a flash you are transported to somewhere else. You awake and your surroundings feel strangely familiar at first. It looks like you are outside the lab at work but surrounded by rock and debris from the explosion. What in fact has happened is you are now in the world of our creators and the lab isn’t yours but its duplicate on the creator’s home world. Your task is to get back home to your family but clearly this portal is not going to get you back, so you need to move through this strange new world and find another way home. As you progress you quickly learn something terrifying, our creators want Humans gone from Earth and start something new. You discover they are trying to find the best way of ridding Earth of the Human race while preserving other life. So, on your journey you discover the range of their arsenal, experience the legacy of failed experiments, your goal however remains the same, survive this world, foil their plans to render us extinct and find another machine that can get you home to safety. So the game begins.

For Episode 2 I want to continue the story but to accomplish this I’ve started from scratch, why? Well, I really did learn a lot creating the original game so much in fact that I’ve gone right back to basics. For starters the platform, interesting enough I always planned the original for Sony’s PS Vita platform, and indeed I have a beta version that runs on it, sadly during development Sony changed its plans for the Vita, and so I fell back to PC but I always imagined this concept of it running on a portable device with create controls. So when Nintendo(TM) released the Nintendo Switch I applied to be registered it took a very long time to be accepted into the program as an Indie developer but now I am very fortunate to be in that position.

I want this version to be as good as it can be on the handheld hardware so firstly I have created a methology NANO-ORP my own Optimised Rendering Pipeline, a combination of best practice techniques and a C++ script based real-time adaptive rendering system read more here. I’m using Unreal engine this time because I feel it gives slightly better control over what I’m trying to achieve in the most part by having access to the Engine source code.

I’ve also changed my day job to concentrate fully on the NANO-ORP technology and the game The Hadron Effect EP2 so here I am fully committed to again a hugely ambitiousness task ahead. I will very soon be launching a Patreon page to help with my funding goals. So stay tuned this will take off very soon.

Microsoft®, Azure®, Windows®, are registered trademarks of Microsoft Corporation in the United States and/or other countries.

Half-Life, is a trademark and/or registered trademark of Valve Corporation.

Nintendo Switch is a trademark of Nintendo.

To Support me, thank you! 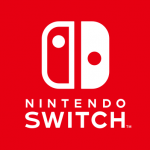 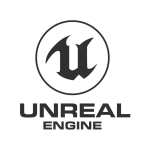